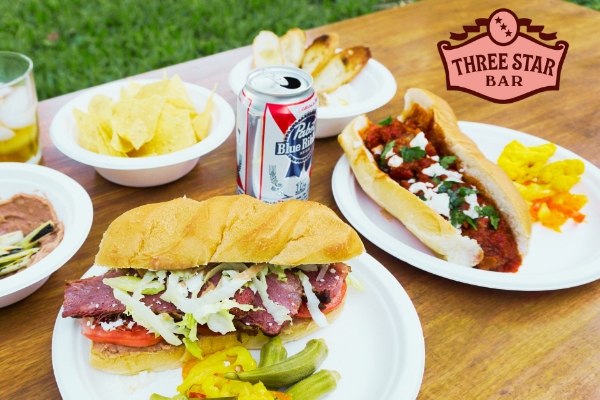 The new laid back eatery will feature sandwiches, meatballs, and other deli-style fare in addition to a whiskey centric bar menu

Boulevardier Group Owner Jeret Peña, Chef Josh Calderon and notable San Antonio bartender Rob Gourlay are excited to announce a new restaurant and bar, Three Star Bar, set to open in San Antonio this July. The new 7,000 square foot eatery will feature deli-inspired cuisine and comfort food in addition to boasting a full bar with a focus on high quality whiskey and local brews. Three Star Bar will seat approximately 140 people and will be located at 521 E Grayson St. in San Antonio, across from Hello Paradise and in the Government Hill district.

Three Star Bar will have a welcoming atmosphere with nods to vintage food and drink memorabilia. The menu will offer appetizers like whiskey and maple glazed meatballs, deviled eggs and borracho bean hummus, while the main entrees include a variety of fresh sandwiches filled with pork, meatballs, cured beef and more. The cocktail menu will offer a variety of spirits but focus on high quality whiskeys, local brews, a selection of wines and more. A full menu and opening date for Three Star Bar will be announced at a later date.

Three Star Bar is the latest restaurant and bar concept by Jeret Peña, who owns the Boulevardier Group, Hello Paradise and is involved in the cocktail programs at Esquire Tavern, House of Má, Hugman’s Oasis and more. Peña is the co-owner and beverage director at Three Star Bar, while co-owner Rob Gourlay serves as general manager and Josh Calderon takes the helm of the kitchen as the chef/culinary director and co-owner.

Chef Calderon previously ran the kitchen at Cookhouse as Executive Chef and managed Bud’s Southern Rotisserie in San Antonio after moving back to the city from California, where he served as the Executive Chef for the Belcampo Group. Calderon received his certification at The Culinary Institute of America San Antonio campus and later earned his associate’s and bachelor’s degrees from The Culinary Institute of America Hyde Park campus in New York.

About Three Star Bar
Three Star Bar is a deli-inspired restaurant and bar in San Antonio, TX, by cocktail enthusiast and Boulevardier Group Owner Jeret Peña, Chef Josh Calderon and General Manager Rob Gourlay. The restaurant and bar is located just north of downtown San Antonio and offers casual dining with deli-inspired cuisine and comfort food in addition to boasting a full bar with a focus on high quality whiskey and local brews. 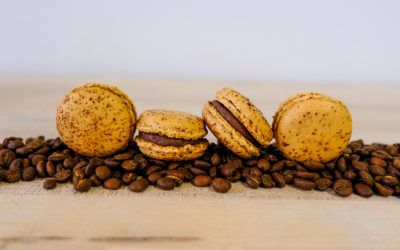 BAKERY LORRAINE PARTNERS WITH SA PHILHARMONIC IN THE MONTH OF SEPTEMBER

END_OF_DOCUMENT_TOKEN_TO_BE_REPLACED 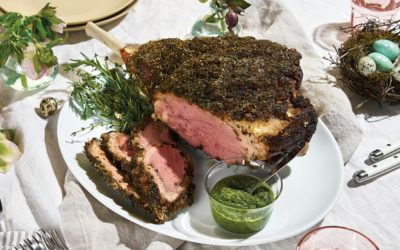 A Savory Meal for Spring Celebrations

As you plan your spring menu for time with loved ones, think outside the box with recipes that can feed a crowd.

END_OF_DOCUMENT_TOKEN_TO_BE_REPLACED 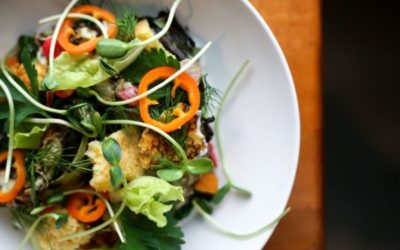