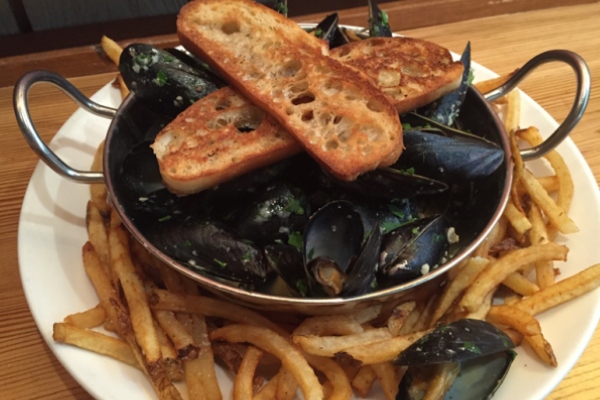 Cappy’s Restaurant is an Alamo Heights and San Antonio tradition, over 40 years in the making. Our story:

This building was built by Ernie Scrivener and a couple of helpers in the late 30’s. Ernie’s father, a frugal English-born builder, had saved broken bricks from the many homes he had built in the young suburban neighborhood of Alamo Heights. When Ernie returned home from college to work with his dad, his first project was to build this building from what would have been rubble to most.

In 1975 a young developer, George Geis, envisioned breathing new life into the declining Alamo Heights business district. George approached me about opening a restaurant in Ernie’s building. I patiently explained to him it was too old, too small and couldn’t even be seen from Broadway. In short I told him no – he was nuts.

Well, George persisted and Cappy’s was opened in 1977. It took George two years to convince City Hall and me that revitalization was economical and necessary.

Today Alamo Heights has many successful restaurants and businesses. In hindsight, it all seems so obvious and simple. In the years since, I’ve designed and built many other restaurants, but this is our favorite.