There’s something Mad Men retro about most steakhouses —whether they serenade you with Sinatra or simply shake a stylish martini. Or both. But as these are not boom times, we suggest a stratagem for struttin’ your own style at a reduced rate: Hit happy hour. This is especially true at Fleming’s, where their 5 for 6 until 7 policy can get you any of five wines or five cocktails for six bucks until 7 o’clock. Throw in five appetizers, plus a burger, for the same price, and you either have a light dinner or a mighty fine introduction to a follow-up in the dining room. The clubby bar makes a mean and generously poured Vintage Vodka Martini (with three olives, no less), though they can sub in gin (our preference). There’s also a Clear Cosmo and something cheekily called The Russian Prom Queen, made with Stoli Blueberry. (Very fragrant, but too sweet for us. We added extra lime.) The apps are not shabby either. A seared tuna with an Asian slaw is frankly the bargain of the day, month or year; roasted mushroom ravioli have a great smoky flavor and sport a lush, creamy sauce; and the beef tenderloin carpaccio, though a little baroque for us in all its caper, onion, drizzle and cheesy toast glory, is nevertheless extremely generous and a great companion to, you guessed it, martinis. By the time you read this, the new fall menu will be out (it’s encouraging that there is a seasonal aspect to the menu, by the way), and some changes will be apparent — namely the appearance of some smaller plates. We didn’t have that option, but are never (well, rarely) ashamed to take home a good-looking doggy bag. (To refuel for writing this, all last night’s veal and beef needed was a little rustic mustard; the flavors were still full.) But in the run-up to the evening’s entrées, we did something rarely done: We ordered another retro item, the wedge salad. It arrived on a super-chilled plate with an equally frigid fork. This may not have to be done again for another decade, but if you’re going to order this newly revived classic, Fleming’s is the place to do it. The iceberg was seriously icy-crunchy, the dressing was thick, rich and blessed with loads of blue cheese … all it needed was a little black pepper. OK, we saw you reach for more of the grainy, warm bread. Cut it out; there’s much more to come. Including wine at prices much more reasonable than had been remembered. (Yes, there’s a pricier captain’s list; we turned it over to avoid temptation.) We ordered a full-bodied 2007 Syrah from Washington State’s Millbrandt Vineyards. Starting out with dominant bacon, smoke, and pepper notes, it eventually blossomed into a nuanced wine with beautiful black fruit as well. And it proved to be a worthy companion to the veal chop and the bone-in ribeye that were soon to follow. From ultra-chilled to super heated, the plates for meats are hot as a forge, which may account for the fact that the ribeye was just a shade over medium rare by the time we tackled it. But it is undeniably an impressive presence on the plate — and almost as impressive on the palate. We both felt the flavor was equally excellent in the bone-in and boneless versions, and that a little sea salt wouldn’t have been remiss as a finishing touch.

Salt would also have been welcome on the side of crisp, French green beans with shiitake mushrooms and “porcini essence”; they were impressively mushroomy but just a touch oily, and crunchy salt would have played against that. We loved the chipotle dipping sauce that accompanied the half and half order of shoestring fries and stacked, signature onion rings. Nothing was needed on the prodigious veal chop, however; it was simply a superb cut of meat perfectly cooked. Yes, you can order lobster tails, King crab legs and Alaskan sole, but really … it’s all about the meat, and the bigger the better. Desserts are nevertheless both permitted and probably necessary as an end to an evening of indulgence. True trenchermen and women may feel free to conclude with chocolate lava cake or walnut turtle pie. We, however, tossed in the towel with a shared wedge (no chilled fork this time) of delicate, frozen lemon gingersnap pie. Its anticipated lemon foam sauce seemed to be something else entirely, but otherwise the pie was light and lovely, just what was needed.
And if it’s not yet time to call it an evening, a retreat back to the bar will reward with Ports, Cognacs and more. There’s something about steakhouse bars that just makes one feel comfortable and coddled, and the one at Fleming’s is a prime example. 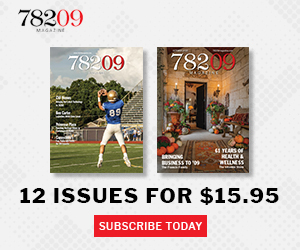 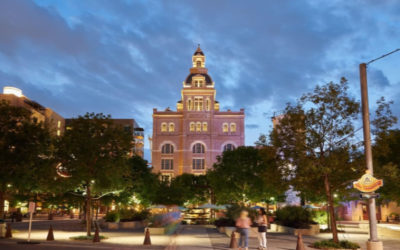 San Antonio's Must Visit Restaurants San Antonio is known for its history, culture, and of course, food. With these restaurants, you get the best of all three. Dinner with a view, lunch in a historic building, and drinks with a unique atmosphere. There are a wide...

END_OF_DOCUMENT_TOKEN_TO_BE_REPLACED 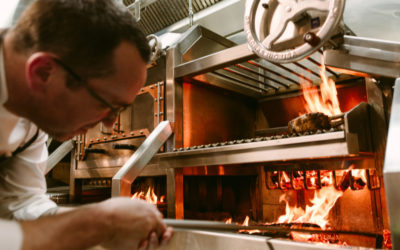 Keeper of the Flame

END_OF_DOCUMENT_TOKEN_TO_BE_REPLACED 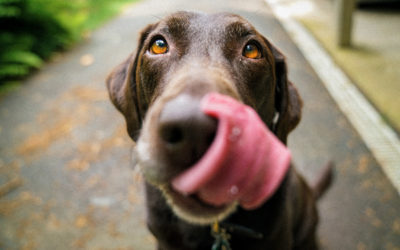 Grab that leash and sunscreen and take an afternoon walking through the famous Riverwalk with your furry best friend.